Barbecue is one of the world’s most ancient cooking methods. Perhaps this is why there are so many divergences and disputes on the subject. Enough time has passed for people to decide what their take on barbecue is, and many disagree, making it quite a controversial topic. For an interesting read, continue below to learn some of the most common disagreements about barbecue. And if you get hungry after reading this blog, just give Rackz BBQ a call for delicious barbecue take-out in Carmel! 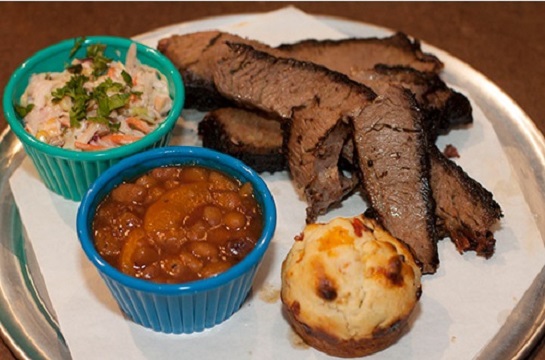 It seems like everyone chooses a different version of spelling for the word, “barbecue.” Common spellings include “Barbecue”, “Barbeque”, “BBQ”, “Bar-B-Que”, “Bar-Be-Cue”, and “B-B-Que.” According to professional historians and world linguists, the correct and accepted spelling is “Barbecue”, since the word is likely derived from the Taino Indian word, “barbacoa.” Other versions of spelling are considered idiomatic and informal.

The term, “barbecue” is used as a verb, noun, and adjective. Not only are there various versions of barbecue all around the world, there are thousands of definitions too. It was Steven Pinker, a linguist and evolutionary psychologist of Harvard University, who said, “People are under the impression that dictionaries legislate language. What a dictionary does is keep track of usages over time.” Keep this quote in mind the next time someone tries to define barbecue to you!

Many people disagree on which meats are considered true barbecue. Some argue that barbecue can only be pork, while others insist it is only beef. There is also a large portion of society that deems both meats acceptable for barbecue, and several others who believe barbecue can also include vegetables, nuts, and more. For instance, hog is the only meat considered to be true barbecue in North Carolina, while the Kansas City Barbeque Society (KCBS) says it’s pork, beef, and poultry.

How to cook authentic barbecue is a common dispute within the industry. It is argued that true authentic barbecue should be cooked outdoors over an open fire; but this conception is a little outdated considering the innovative technologies modern day society has available, such as smokers, grills, and more. Others commonly argue that meat must be cooked in indirect heat for it to be real barbecue.

There are infinite theories regarding the history of barbecue. Such theories suggest that is started with Caribbean and Native American tribes, early colonial settlers, and slavery; while others suggest it is ancient cooking method that began as far back as the hominids during the Palaeolithic and Neolithic eras.

Rackz BBQ is eager to impress you with our delicious, made from scratch barbecue cuisines. As a Carmel BBQ restaurant dedicated to quality and value, you can trust us for exceptional customer service, neighborhood prices, and most importantly, authentic barbecue fare that you will love. Contact us at 317-688-7290 to place a call ahead order, or to learn more about our menu selections, prices, and specials.